The BellaNaija Style team caught up with Supermodel and Philanthropist, Naomi Campbell in Lagos and they discussed diversity and the need for African fashion to have a global audience. 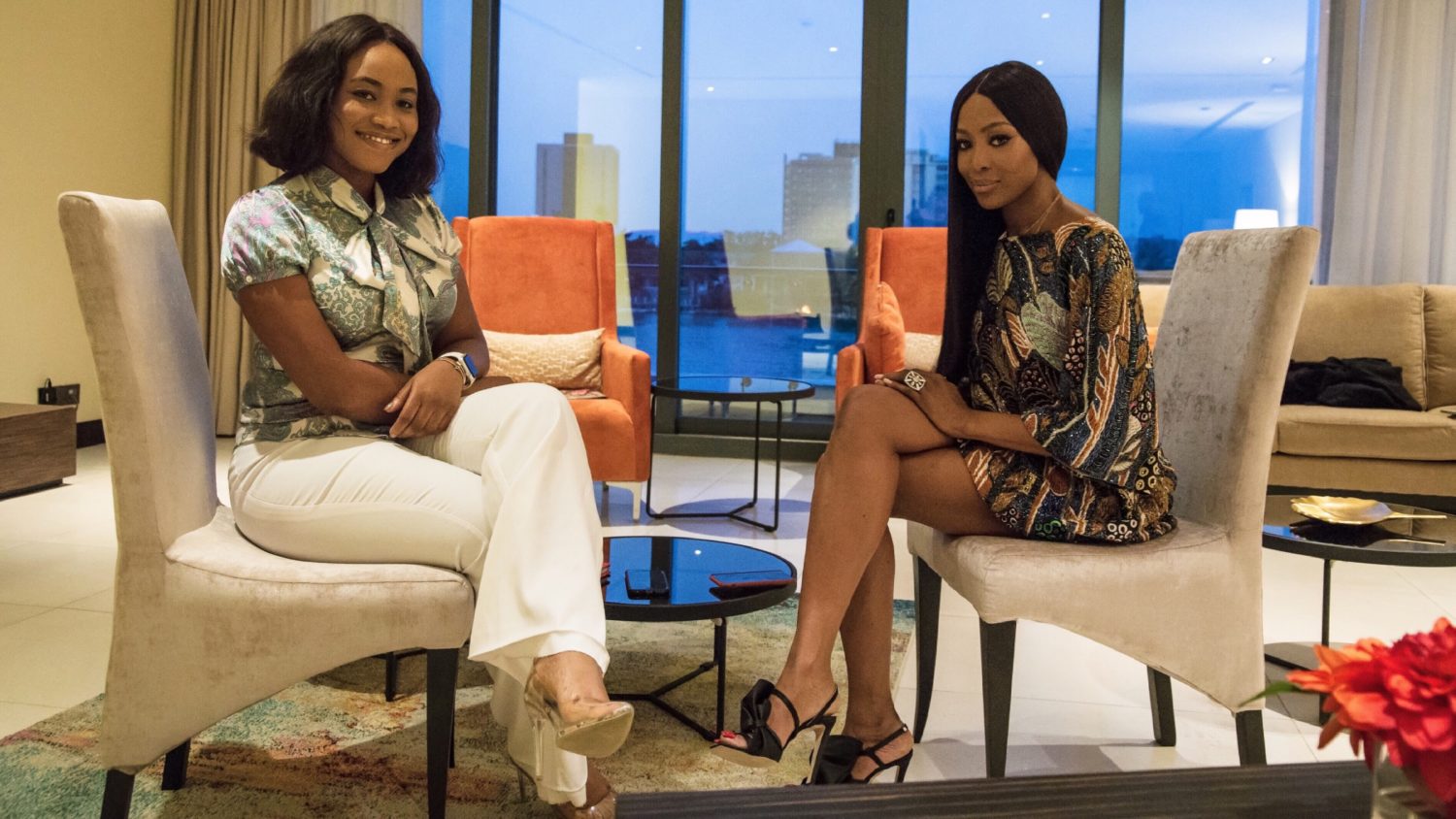 With a career that started 33 years ago and legendary poise that dominates any runway, Naomi says she only does shows now for a greater goal:

I feel at this point in my career, what I do as a model is for the culture. It’s not for Naomi, It’s not to put Naomi out there. It’s more than that to me.

Her return to the Maison Valentino runway after 14 years during the just-concluded Paris Fashion Week was indeed an iconic and emotional one, Pierpaolo admitted he started the collection with her in mind – an entire show with a focus on changing the way the black woman has been perceived followed by a beautifully diverse model lineup.

Right from the start, the British supermodel never shied away from using her voice and platform to champion the causes of Black people. In 2013, Naomi together with Iman and Bethann Hardison challenged high profile designers under Bethann’s Diversity Coalition for defining beauty and high fashion as “white”.

“I feel Bethann, Iman and I, when we took on Bethan’s initiative – we got somewhere, things have changed. Now, is to make sure it’s not a trend and models of diversity are treated the same way as their counterparts with blonde hair and blue eyes.”

That campaign to end racism on the runway has now given an equal fighting chance to models of colour including Africans; Adesuwa Aighewi, Adut Akech, Adwoah Aboah among others.

The original supermodel says diversity and inclusivity in fashion are moving at a very fast pace. “Now if you [are not] inclusive, you stand out” she explained. Big brands including Luxury giant Gucci are now revolutionalizing their structure to accommodate real plans for diversity internationally.

“When they say the word ‘global’ or ‘luxury’, it’s not global or luxury if you’re missing out of the great continent of Africa. So If you want to be global, then really be true to the word ‘global’.” 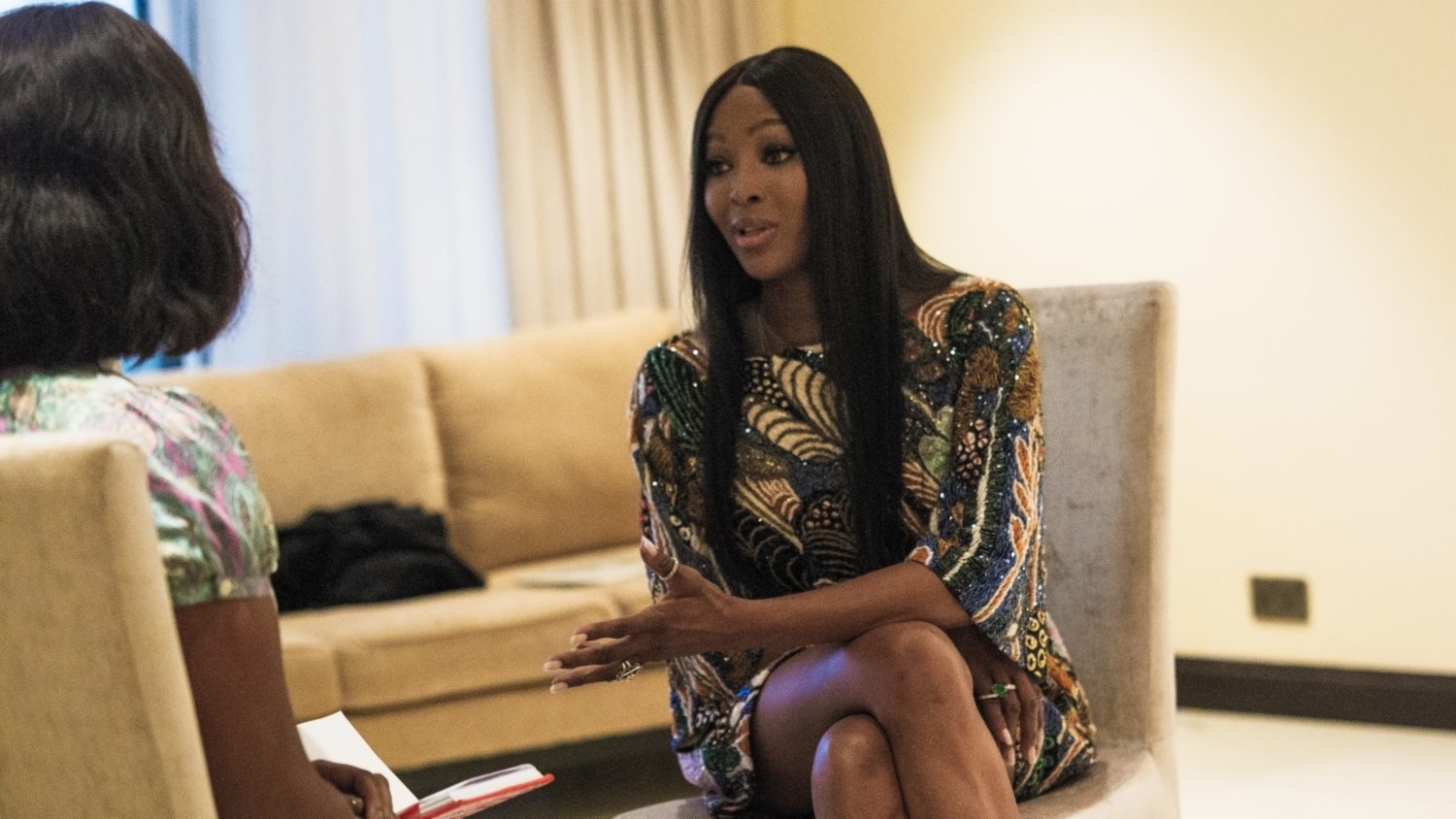 Unfortunately, there are parts of the world that still have some catching up to do. She tells me: “There’re still some hurdles. I had something the other day where I am the face of a brand and one of the countries involved won’t use my picture because of the colour of my skin. It shows me that the work is not over, it’s not done. We’ve not accomplished what we have to and it just drives me more.”

Naomi holds the African continent close to her heart and has been passionate about its growth and development since meeting Nelson Mandela in 1993. He gave the title of his Honorable Granddaughter and kept inspiring her to use her voice. Since then, she has poured her uncompromising attitude into Africa’s promotion. “[Although] The world I’m in is fashion, I’m trying to bring people to understand that this is a great continent that they need to invest in, be a part of the infrastructure and the communities. And also bring in the talent from here to the west and bring in themselves here.” 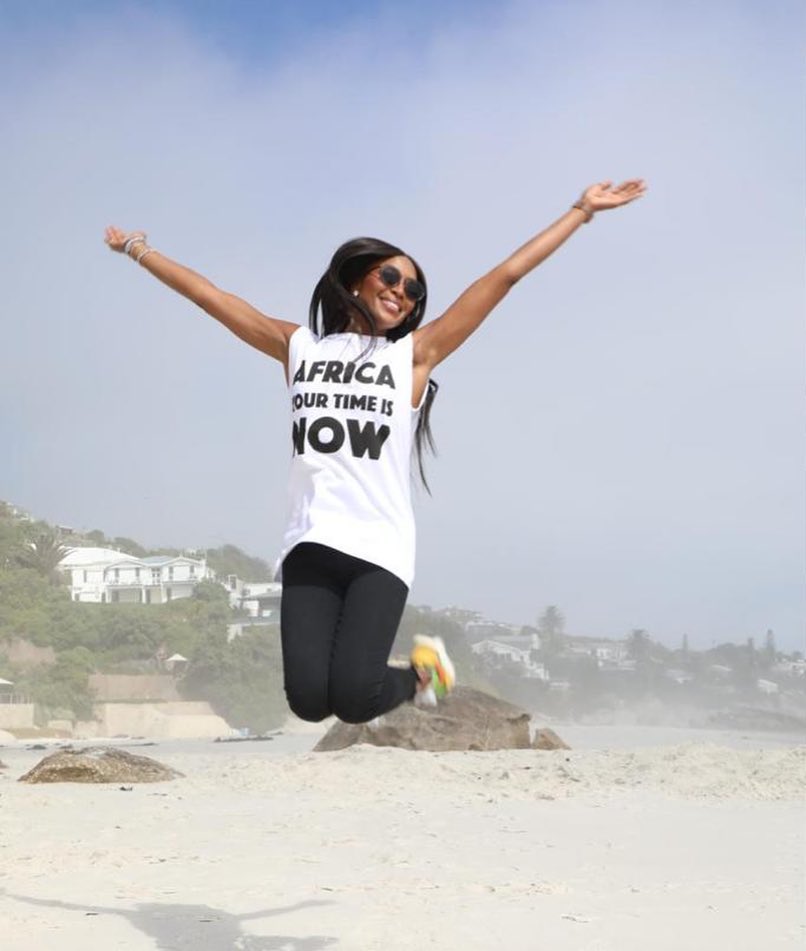 Her storied modeling career and contributing editor role at British Vogue are some of the reasons she is an authority in fashion, she admits to having completely fallen in love with African fashion and describes it as valuable and global. “The textiles, and the workmanship that goes into [African pieces]. Incredible!”

She continued; “Finally, people are paying attention [to Nigeria]. What they should have done many years ago., Right now it is important that they come and help and give skills to these young designers including their brands to give more education and understanding about the industry – [also] bring them out of Africa and come into Africa.” 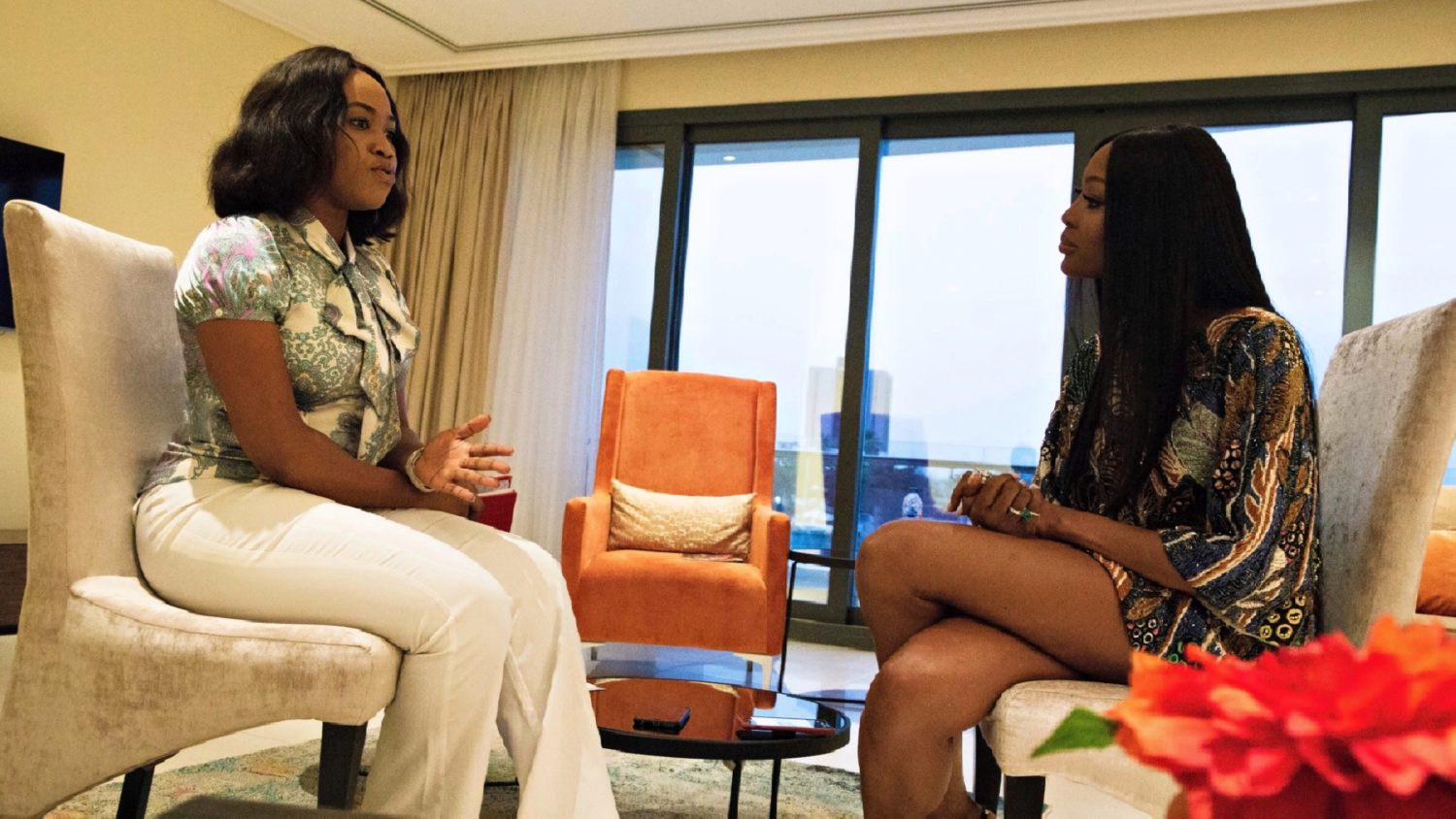 She is also pushing for other industries to be brought to the global limelight. She emphasizes that there is so much potential in Nigeria; “…it’s everywhere, in every genre; Tech, Art, Music, Film not just fashion. I was speaking to my director Lee Daniels, he wants to come here. Nollywood is the 3rd biggest movie industry in the world, let’s start doing beautiful things here. You’ve got everything here to do it!”

However, the desire to be noticed, accepted and held at global standards sometimes pushes some of our producers/designers to mirror existing international collections because they have proven to work for an “international audience”. Shaking her head disapprovingly Campbell says; “[Nigerian designers] need to stick to their authenticity and be themselves because that’s what’s going to get them there, that’s what they are going to get noticed for.” 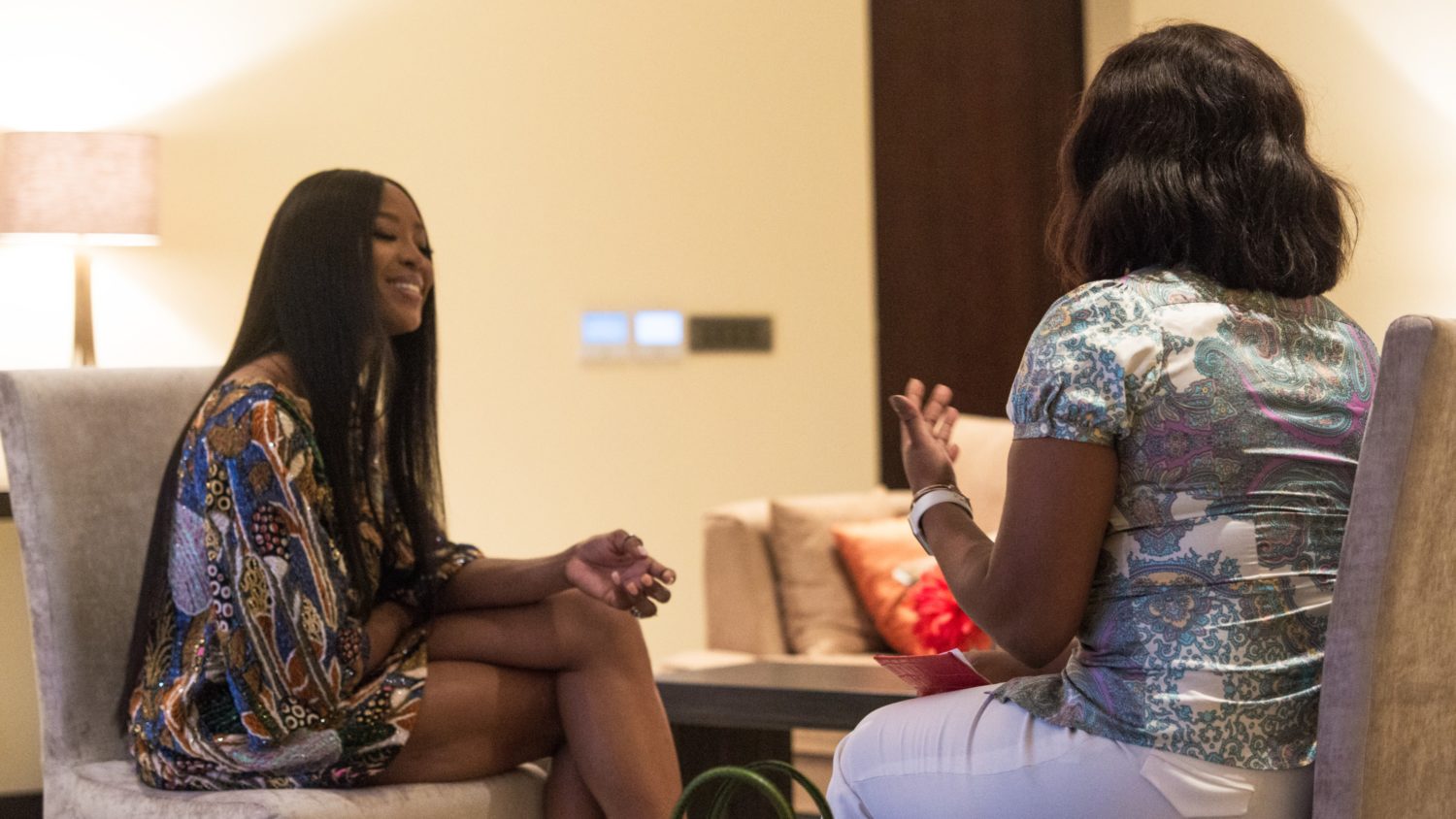 Naomi is back in Lagos for ARISE Fashion Week 2019 of which she is now a partner. She will also be walking for veteran Nigerian Designer Deola Sagoe tomorrow and is excited to show off our spectacular designs to her friends who are in Nigeria now.

“I’m bringing in people, Edward Enninful,  Esteban Cortazar and more. Magazines are coming in, we’re bringing them in to see for themselves so they can start to write. You have to see Africa. The perception is ridiculous and has to be broken. By them coming, they are changing the narrative.“

As ARISE Fashion Week with Naomi Campbell kicks off today, Naomi is looking forward to seeing new young designers. “I love to take their stuff and wear in America, people are always like ‘what are you wearing’ I’m always open and wanting to support young talent.”

Always fearlessly and unapologetically herself, whether she’s making maverick fashion choices, mingling with the best African creatives or adding yet another unmistakably Naomi-stamped achievement to her string of (supermodel-businesswoman-entrepreneur-philanthropist-etcetera-etcetera) hyphenates – Naomi Campbell is truly an icon in all ramifications.

Throughout our conversation, she sat gracefully in a hand embellished shift dress made in Nigeria, by designer Torlowei. She almost always wears African brands when she’s here and so I asked her some of her favourite African brands; “I love Kenneth [Ize], I love the workmanship that goes into what he does, Rich Mnisi, I love Marianne Fassler because she’s just been there for so long and she deserves the respect and to stay true to what she’s done – mixing the kente and chiffon is just amazing to see.” 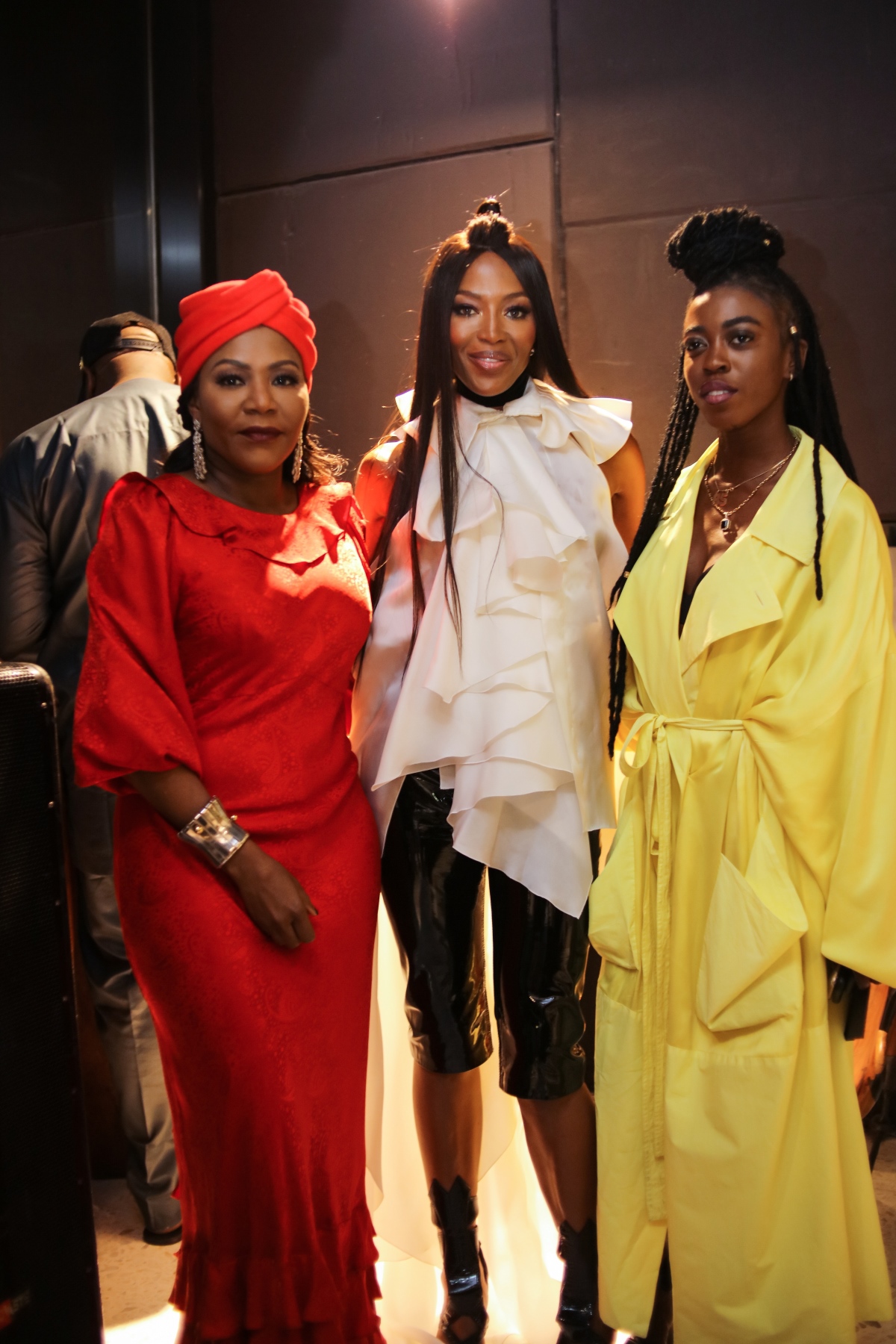 She also revealed to me her favourite place to be in Lagos. “I love Nok! I love Reni, she’s become a really good friend and she’s part of the people changing the narrative. What she’s done is ground-breaking to have a store like ALÁRA here and that’s another great example to show to these other brands that you can come here and do this too”

Get all the information on ARISE Fashion Week with Naomi Campbell on www.bellanaijastyle.com